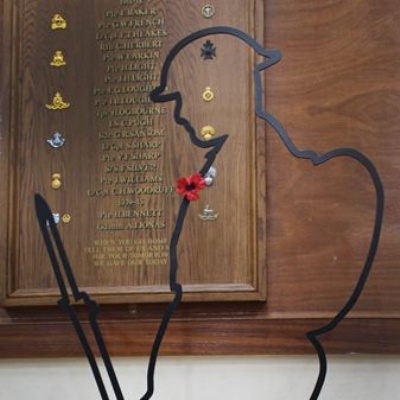 Our annual Remembrance Service will take place in the main hall on Friday 9 November at 2.30pm.   We look forward to being joined by members of the Royal British Legion and other guests.

In this special year, members of the school choir who contributed to the Never Such Innocence project in January are excited to have been invited to attend the National Service of Thanksgiving to mark the Centenary of the Armistice at Westminster Abbey this Sunday, 11 November.  The Service will be broadcast live on BBC 1 at 6pm – you may well see us in the audience, looking smart in Piggott uniform.

As part of The Piggott School’s commemorations to mark the centenary of the Armistice we are also proud to unveil the 6 foot tall ‘Silent Tommy’ who represents the many thousands of young men who made the ultimate sacrifice while fighting for their country.  He will take pride of place in the school quad where he will look in towards the roll of honour, which lists the names of members of our school who were among the many fallen heroes.

In addition, every student and staff member has been given the opportunity to fill out a small outline of ‘Tommy’ with either the name of someone they wish to thank, or with a poem or a piece of art work. These have been gathered in a display that will sit alongside the roll of honour and our ‘Silent Tommy.’ We would like to thank everyone who has contributed to this display. 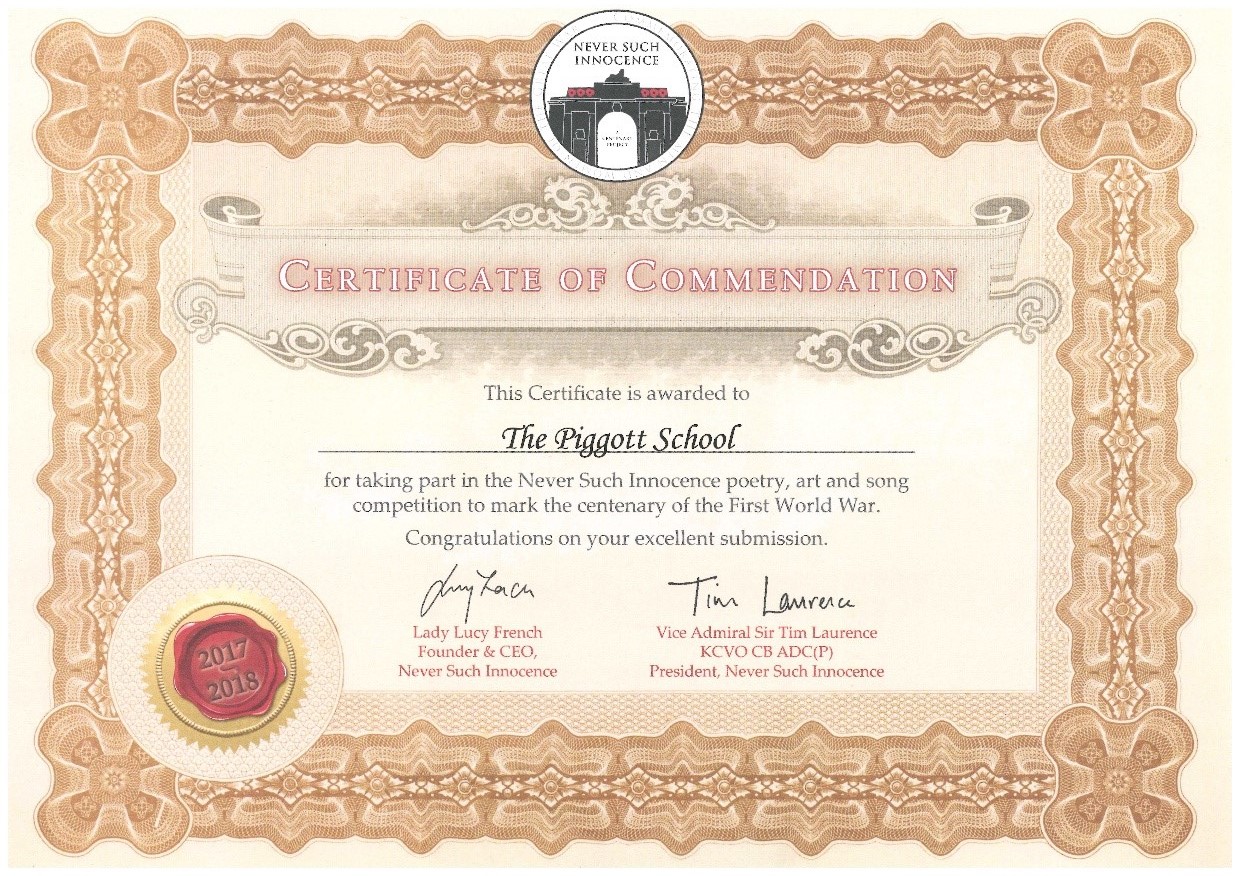