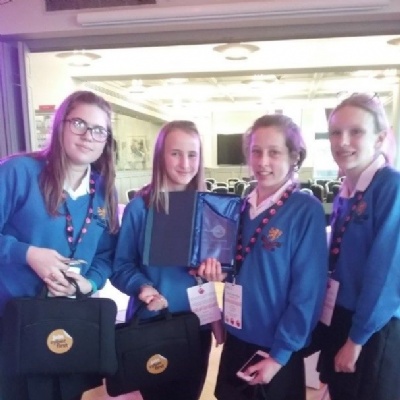 A team of four Year 8 girls have won a national competition, organised by the government’s National Cyber Security Centre (NCSC) to encourage girls to consider a career in cyber security. Over 1,200 teams took part in the online round of the 2018 CyberFirst Girls Competition at the end of January, and the top 10 teams were invited to the Grand Final in Manchester on 19 March.

Initially 18 girls made up 5 teams for the online round, solving taxing technical puzzles and challenges set by the NCSC.  The top Piggott team The Computifuls (Jess Peck, Megan Pickup, Zara Pristov-King and Callena Wylie) qualified for the final, having shown great dedication and a very mature understanding of when to work individually and when to collaborate.  Not satisfied with being in the top 1% of participants, they set about researching topics which would give them the best chance in the final, and so were very well prepared.

The all-day final involved teams taking the part of computer network security professionals at a company which was the victim of a ransomware attack.  Each team had to use all their skills to identify the source and nature of the attack, and to recover from it.  They also had to make a presentation to the company directors to share their findings and to make recommendations for avoiding similar attacks in future. 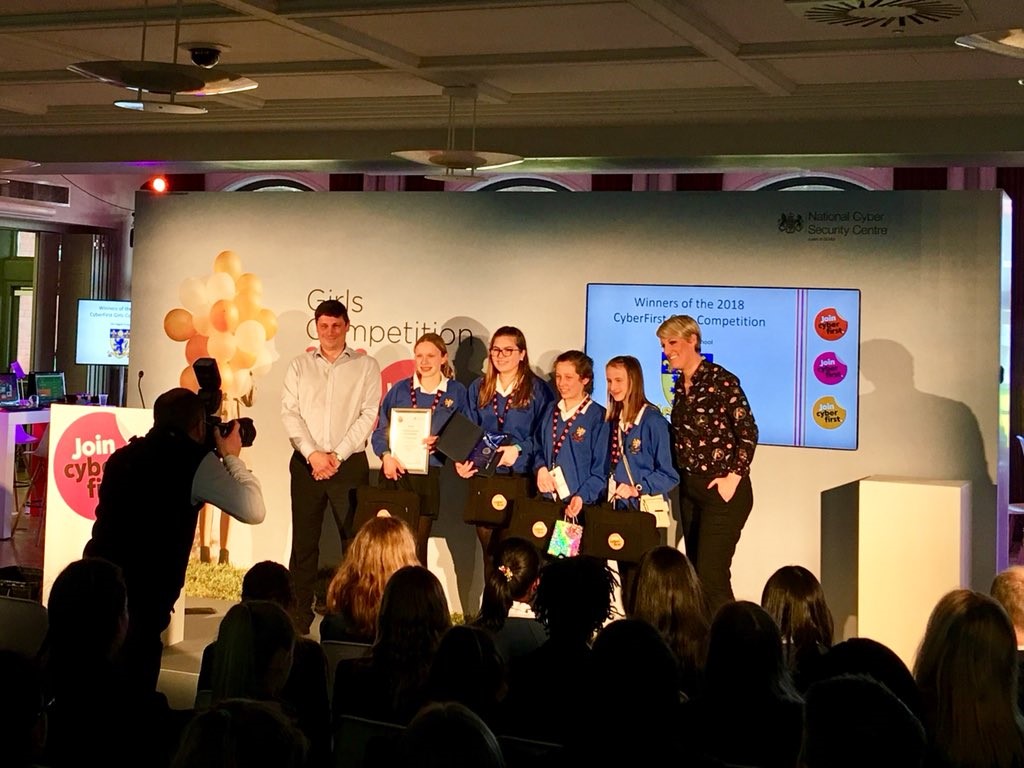 As winners of the final, the Piggott girls won individual prizes as well as £1,000 for the school to spend on computer equipment.

Mr Rimmer who was the coordinator of Piggott's CyberFirst entries, said,

“We are all absolutely thrilled for the girls.  They have been so determined to do their best, and having had 15 years’ professional experience as a software developer, I can assure anyone that the level of skill and understanding which they have demonstrated is extraordinary.

“The result is also a great demonstration of the strength of our Computer Science department under the leadership of Mrs Bhattacharya.

“Any of the girls around the UK who scored well in the online round can be confident of their ability to have a good career in the computer industry, and I hope that the competition has encouraged them to consider that option.”

NCSC have written an article about the competition and the Piggott girls' success at the link below.

Photos provided by the NCSC